Contralto Elizabeth Anker sings Baroque oratorio, art songs, new music, opera, and a variety of non-classical styles. As a young professional chorister, she learned from master conductors and soloists in the San Francisco Symphony and Opera choruses. She continues to be inspired by wonderful colleagues in her solo and chamber music singing. Liz founded several ensembles beginning with a madrigal quintet in high school, and most recently the Mockingbird Trio (contralto, viola, and piano), for which dozens of pieces have been written.

She has created roles for Francine Trester’s 334 Bunnies and Larry Thomas Bell’s Holy Ghosts, and has appeared as a soloist with the San Francisco Symphony, as well as with other Boston-based organizations like Emmanuel Music, Handel and Haydn Society, Boston Cecilia, and Chorus Pro Musica among others. Suffice to say, she has sung Messiah and Bach’s Mass in B minor many, many times.

“The foundation is a deep contralto octave that she can drive like a pop singer or wrap in velvet.” — Richard Dyer, Boston Globe

She founded and conducted two choruses of elders.  JP Jubilee meets in the local library.  The Platinum Singers met at the Harriet Tubman House in Boston’s South End for several years.

Elizabeth earned her Bachelor’s degree from UC Berkeley, and did further study in London and Boston. Elizabeth is currently on faculty at the New England Conservatory of Music’s School of Continuing Education.

She currently teaches at her Jamaica Plain studio. 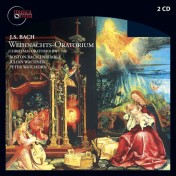 Music of Douglas Bruce Johnson, including Songs of Time, of Love, of Wonder (1994) for voice and piano, a song cycle with words by May Sarton, Emily Dickinson, and others. Liz chose the words for this cycle and recorded it with pianist Leslie Amper. 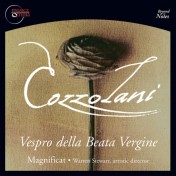 Gorgeous music from a 17th-century cloistered nun in Milan. On this beautiful two-disk set (with a third disk of spoken information about the music and its composer), Liz sings “bass” to an ensemble of eight virtuoso women singers.